Through this project, I have developed a software that has the ability to track the movement of vessels in real-time. My main responsibilities were to integrate Google Maps API into Unity, to design an architecture that has the capacity to handle large data sets (such as information about vessels) and to work with shaders in order to create the “planet effect” for Google maps while using only plain map data. Moreover, because of the high resolution of the screen, I had to make sure that the project was efficiently using the GPU.

I have illustrated my work on a giga pixel screen, which basically consists of 20 monitors that act like one with a total resolution of 41 MegaPixels.

Check bellow to see some of the features explained.

The Past Route functionality

1
This is the last port that the vessel has visited. The red-dotted line shows the vessels route.
2
A 3D model illustrating the movement on the past route.

1
The inspected ship menu window. From here you can show the past route, check vessel informations and status.
2
This is a preview windows showing an illustrative image of the vessel. There were different ship object for different vessel types (cargo, yacht, fishing, etc). 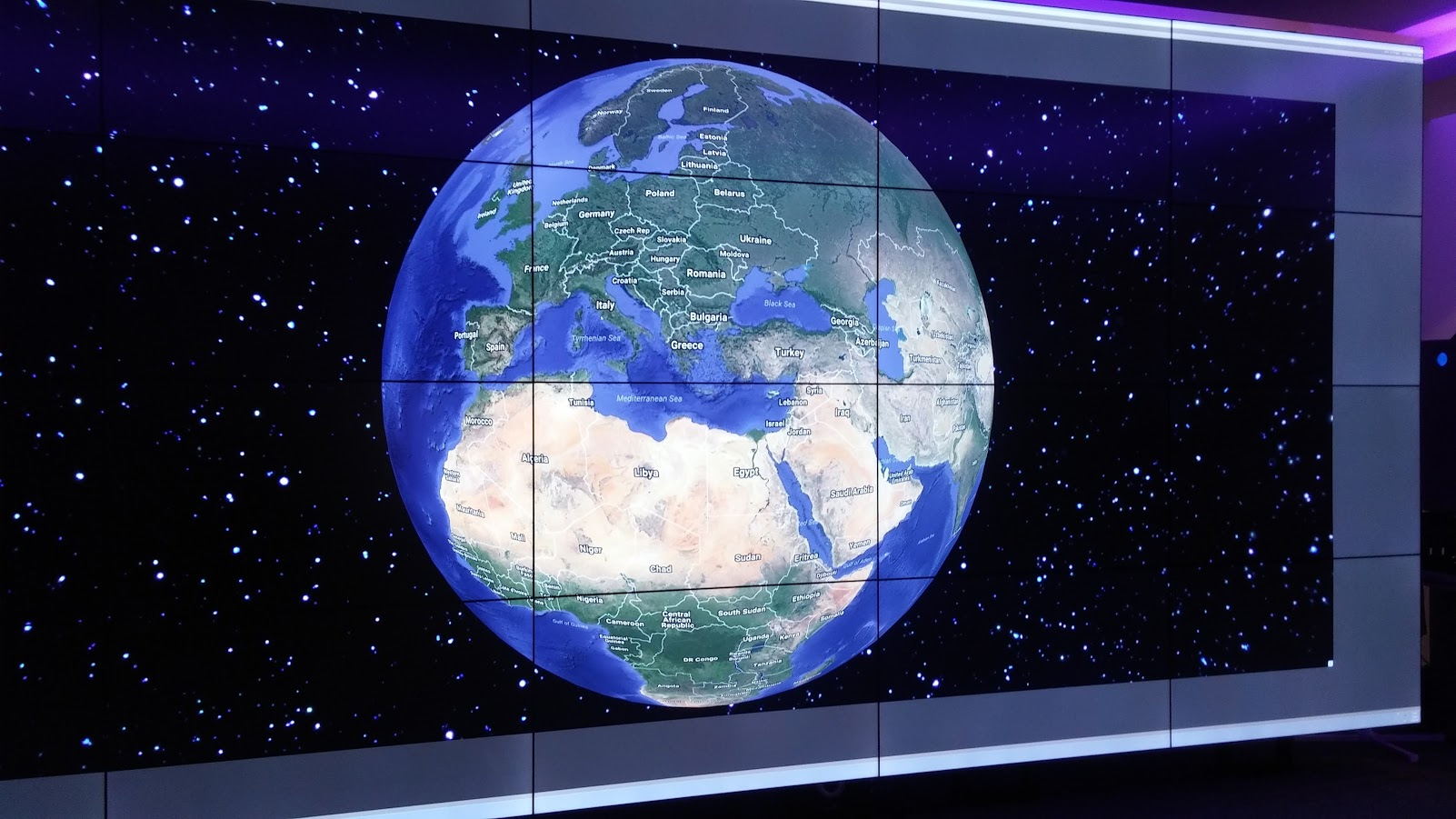 1
This is the app running on the GigaPixel screen. I had to use 3k textures for the map tiles in order to make it look good fro such a big screen. I didn’t use any realtime lighting in order to keep the framerate decent.
Share Tweet Share Pin