Since I started my journey into games development I was also fascinated by the art workflow involved in the process. So, in parallel to studying the technical parts of games if kept self teaching me how to do 3D modelling, texturing, essentially the entire workflow for creating a 3D environment. I also had some interest in character modelling and animation but I quickly drooped them in the favor of environment modeling and creation. Because most of my time was taken studying programming and computer science the learning process in 3D art was quite slow. This project was made in order to better understand and familiarize myself with a modern workflow for creating game environment. It also makes use of procedural texturing tools such as Substance Painter. The creation pipeline was relatively basic: start with low poly mesh in Maya which is then moved in Zbrush where it is sculpted for additional detail resulting in the high poly version. Then move both the low poly and the high poly inside Substance Painter, bake the normal, ambient, curvature and thickness maps and do the texturing. This project really helped me to set a goal and try to reach that goal while learning new software down the road. I knew Maya and Substance Painter before but Zbrush was a new challenge.

The reason I ended up choosing a stylized art style is that being quite at the beginning of the learning phase, this art style might be a bit more forgiving regarding mistakes of composition, color balance or silhouette than the photo-realistic style. Also it was much more faster to create the assets that fit the style. The project took 3-4 weeks to finish while working about 3-4 hours a day in average. Of course, Pluralsight and YouTube were my best friends. The final renderings were done in Unreal Engine 4, Marmoset Toolbag and Arnold. 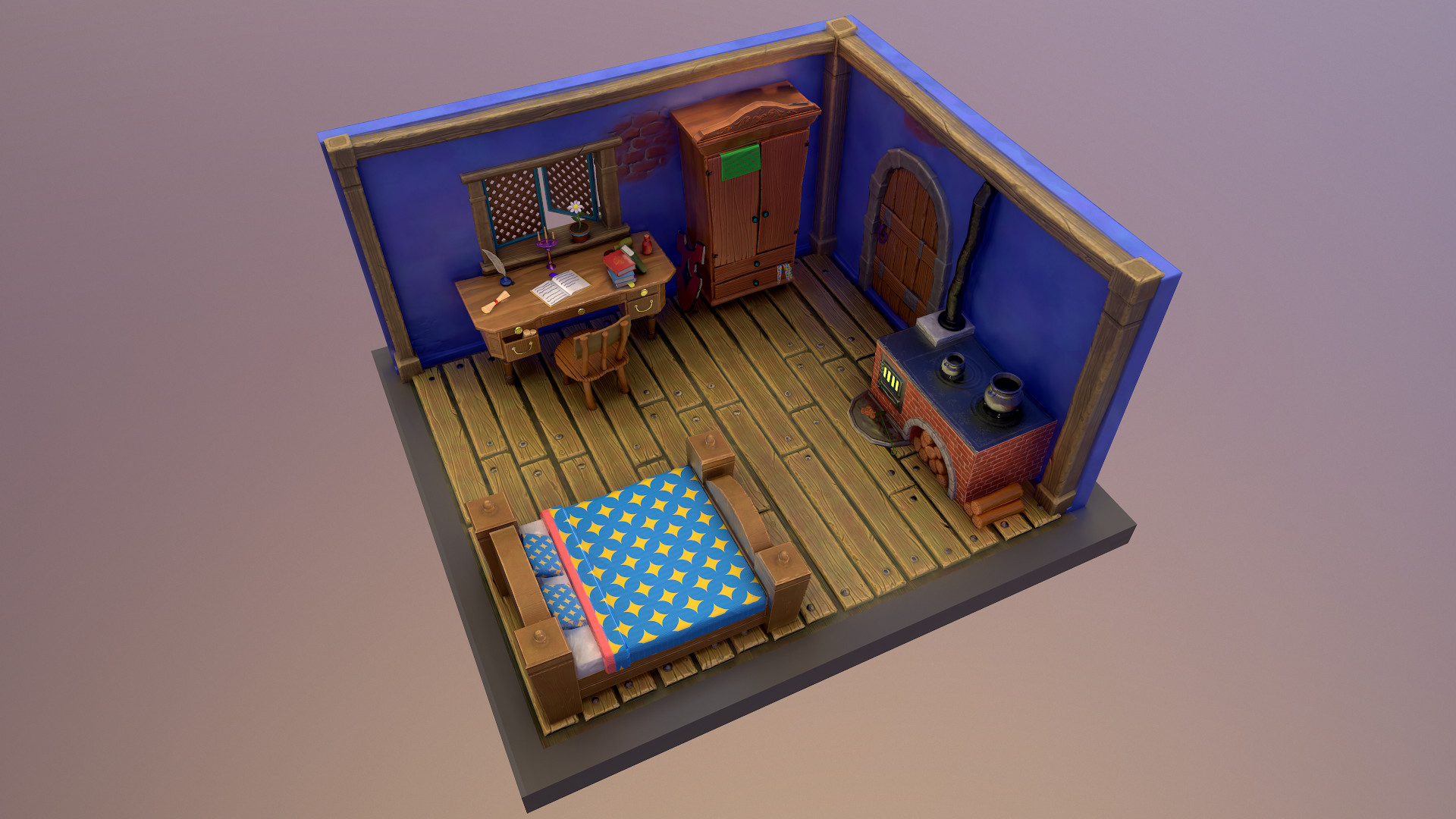 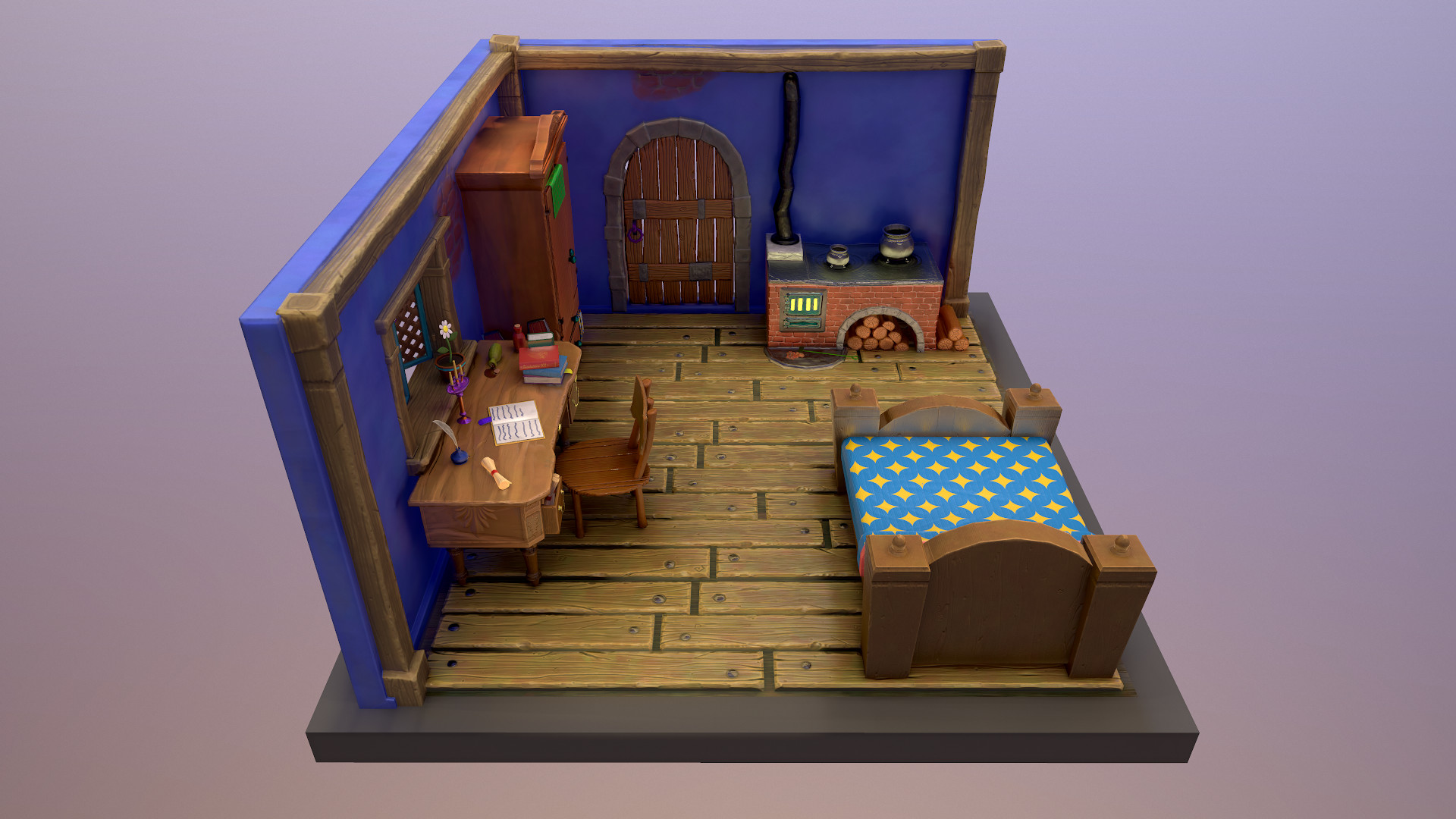 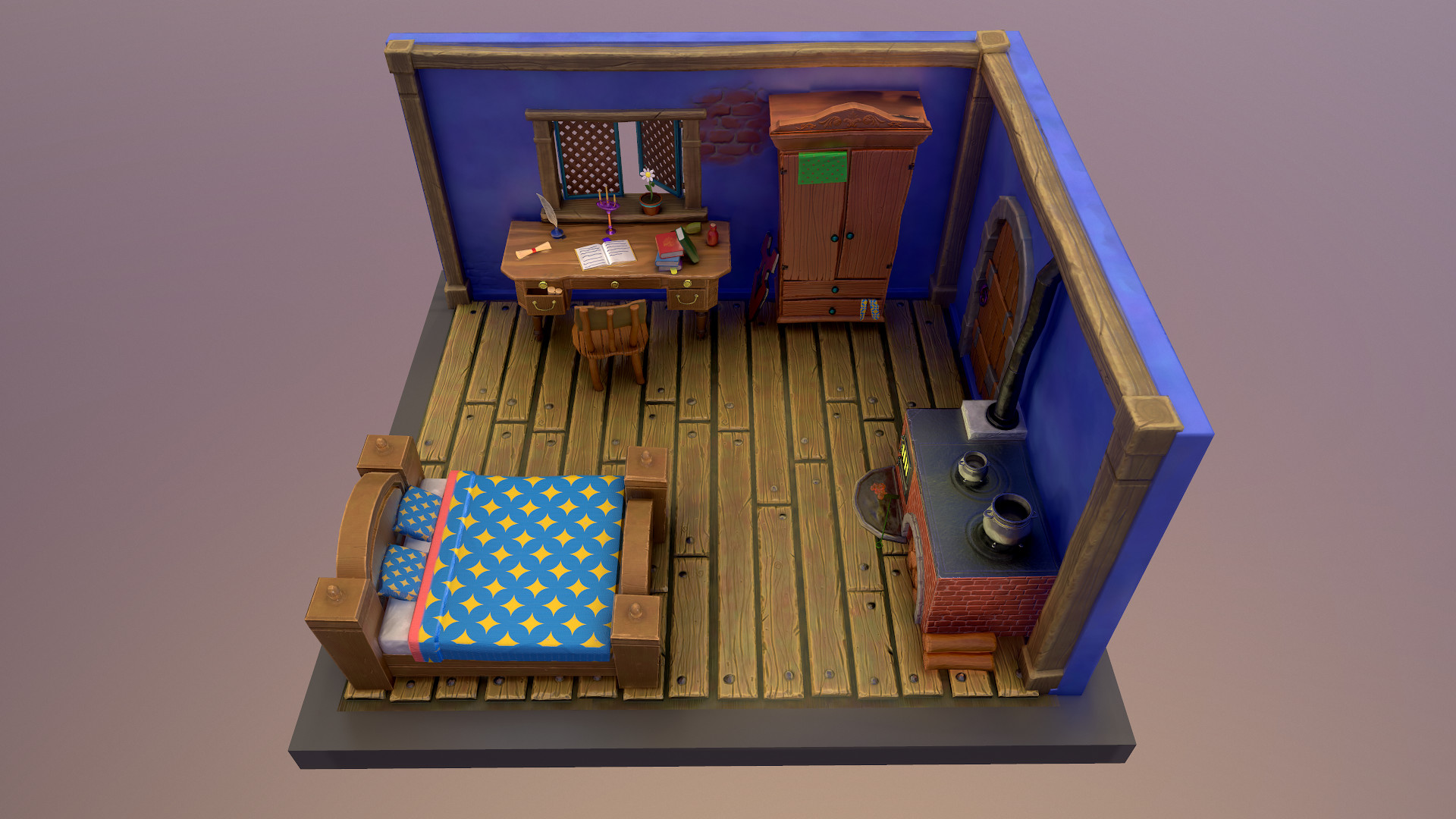 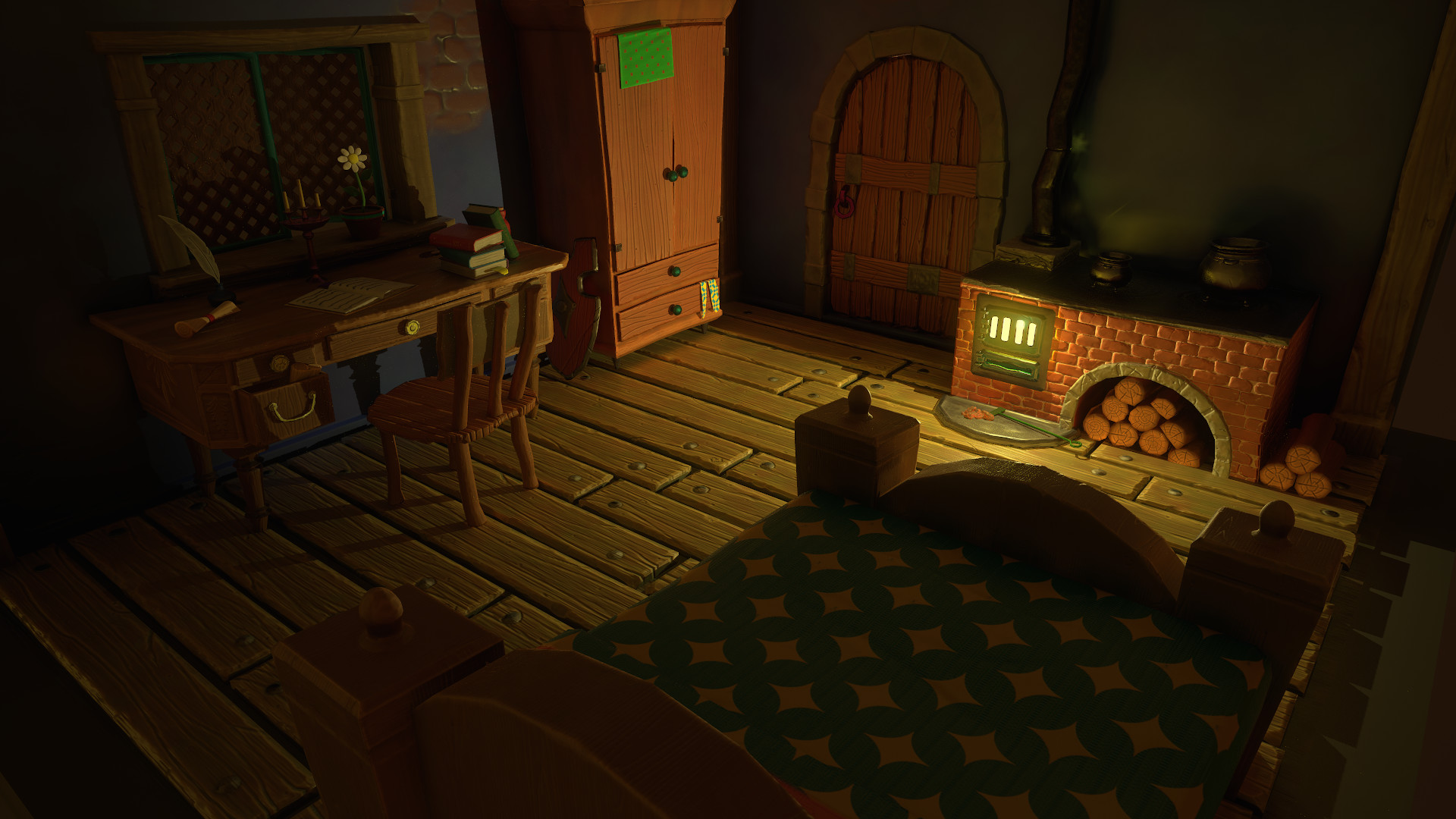 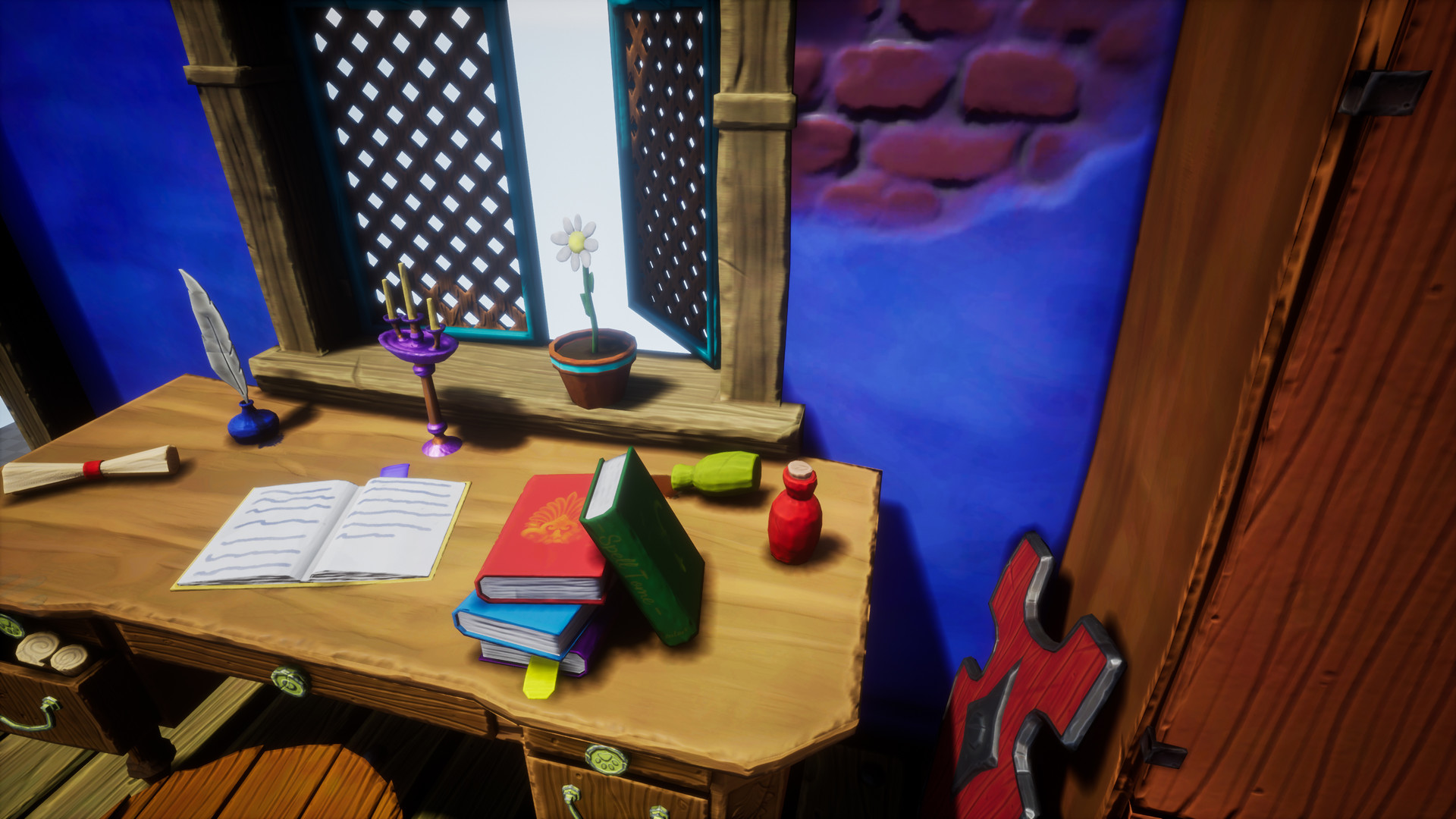 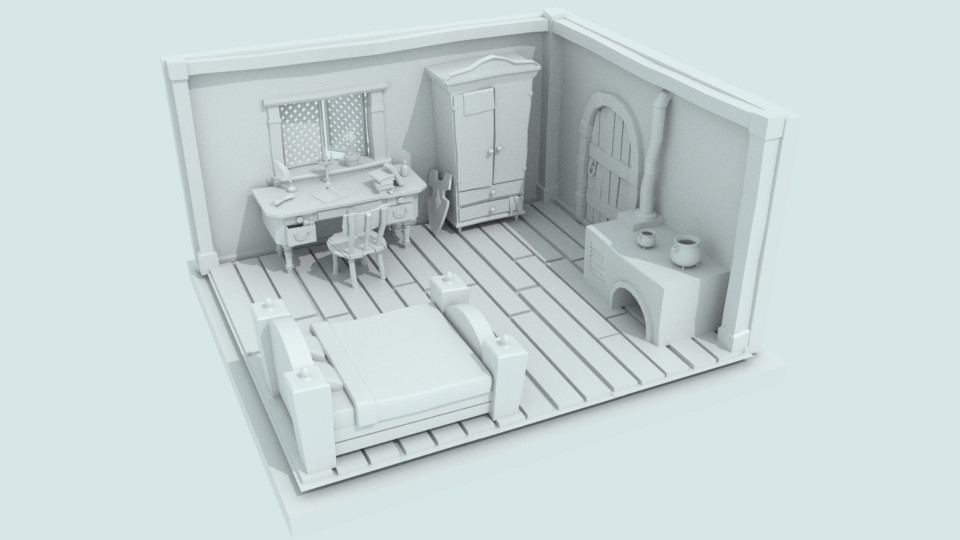